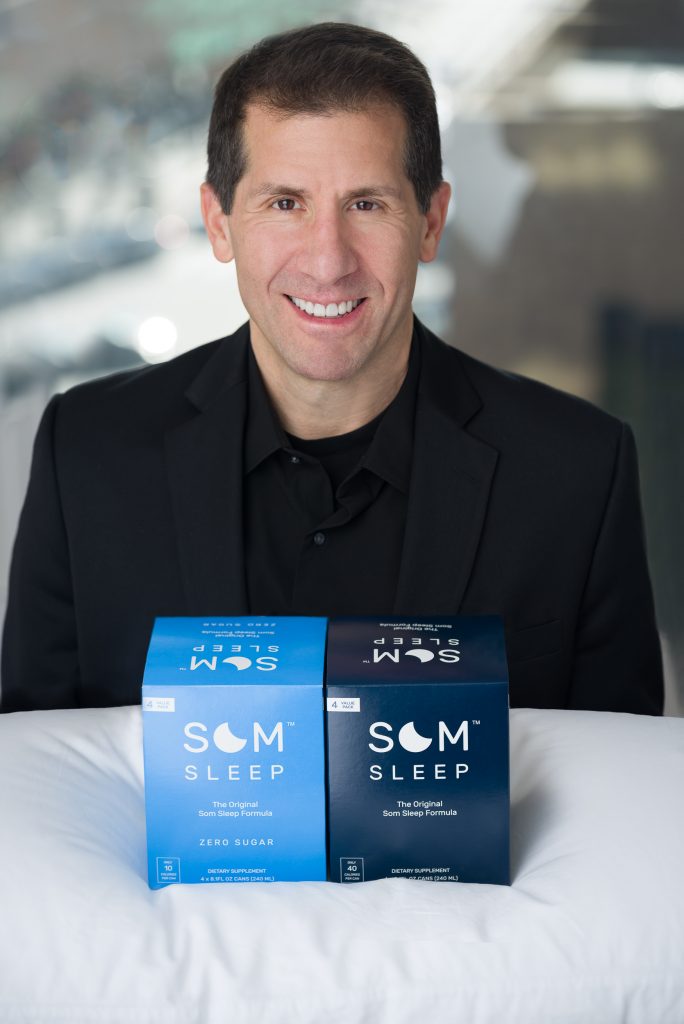 The Nuggets landed in Los Angeles at 12:30 a.m. on January 17, after a win over the Mavericks hours earlier in Denver, and weary passengers staggered from charter plane to charter bus. Power forward Trey Lyles settled into his seat for the 30-minute ride across L.A., holding an 8–ounce baby blue can, about the same size as Red Bull but with the opposite effect. As the bus approached downtown, Lyles downed the fruit-flavored drink, and by 1:30 a.m. he was asleep in his bed at the Ritz-Carlton. “That’s early for me,” Lyles says. “It used to be 3 or 4, and I’d be tossing and turning.”

In his third year out of Kentucky and first in Denver, Lyles is putting together his finest NBA season, which he attributes partly to the contents of that baby blue can. In November, a doctor from the UCHealth Sleep Lab visited the Nuggets and spoke for 30 minutes in their locker room about the importance of sleep, a pressing topic in a league filled with late nights, long trips and back-to-back games. The doctor suggested drawing shades, curtailing naps, avoiding screens and cooling bedrooms to 65–70 degrees. “I’ve tried all the little games,” Lyles sighs, “all the sheep counting. Nothing worked for me.” He marveled at teammates who could log 40 minutes and pass out by takeoff.

When the presentation ended, Lyles turned to head strength & conditioning coach Felipe Eichenberger, and for the first time described his insomnia. “I’m a thinker, so my mind is always running,” Lyles explains. “After games, my body can’t settle down, so I just lie there with my thoughts. Then I start looking at the clock: ‘It’s 4, and I’ve got practice at 9. I’m going to be tired.’” He craved something stronger than melatonin supplements but healthier than ZzzQuil pills, which left him groggy in the morning. Eichenberger introduced Lyles to a new sleep drink, not yet on the market but certified by the National Science Foundation for Sport, called Som. Created by a start-up in Santa Monica, Calif., and advertised as “drug-free, dairy-free, gluten-free,” Som was not designed for NBA players. But now that the product has been released to the public, they might end up being the most loyal customers.

After averaging 5.6 points and 3.0 rebounds in November, Lyles put up 14.7 points and 6.6 rebounds in December, post-Som. Teammates wanted to know the secret behind his spike. When the Nuggets hit the road in January, Eichenberger stuffed about 15 cans in a trunk and distributed them on the bus. Now, Lyles has drinking buddies, and not only in Denver. Knicks guard Ron Baker and forward Doug McDermott both posted pictures of Som to their Instagram accounts. Brad Marks, the company’s Chief Marketing Officer, has sent 15 cases to the Knicks, Nuggets and Magic. The Bulls, Pistons and Kings have also requested samples.

“We didn’t create this for professional athletes,” says Marks, who managed former UFC champion Chuck Liddell from 2005–13. “Eighty-six percent of Americans have trouble sleeping. It’s a national epidemic and there really isn’t anything on the market that’s safe and non-habit forming in a drink form. The product was made for everybody. But I’ve been around athletes over the years who have told me, ‘You’re tired all the time because you can never get into a routine that a normal person does.’ We’re finding that this helps them steal a few more hours.”

The NBA is filled with insomniacs. When point guard Rajon Rondo was in Boston, he used to watch Celtics replays at 2 a.m., then call power forward Kevin Garnett at 4 for a debrief. When Derrick Rose was in Chicago, he kept a key to the Bulls practice facility so he could play cutthroat with his roommates in the middle of the night. Kobe Bryant’s sunrise workouts became the stuff of legend in Los Angeles, but the Mamba wasn’t necessarily setting his alarm at dawn. He was usually awake anyway. Celtics forward Gordon Hayward has sat out this whole season, after breaking his ankle Opening Night, but sleep remains elusive. He plays video games, specifically Destiny 2, until his lids close.

Som is not a knockout drink. Food scientist Rob Bent, the company’s co-founder and Chief Product Officer, recommends taking it 30 minutes before bed. Ingredients include magnesium and vitamin B6, nutritional building blocks that are often deficient in the American diet but essential for the natural production of melatonin, a hormone that triggers the cascade of events leading to sleep; and L-Theanine and GABA, compounds that increase alpha frequency brain waves while decreasing beta waves. “When we’re awake and active, the majority of our brain activity is in the beta wave frequency band,” Bent explains. “However, as we transition from wakefulness to sleep, alpha wave activity takes over.”

NBA teams travel approximately 60,000 miles in a season, constantly interrupting circadian rhythms, and over the past few years training staffs have searched for ways to educate themselves and their players about sleep. Some players wear sleep trackers around their wrists, others sleep masks. A few use custom pillows. Certain strength coaches conduct surveys every morning, asking guys how many hours they slept and how soundly. But a lot of the information is unreliable. Pistons power forward Blake Griffin wore a sleep-tracking wristband to bed last season, in hopes of gauging his rest. “There were too many nights I got a good rating even though I was up at 5,” Griffin said. He wants to participate in a sleep study at UCLA.

Most of Griffin’s peers, however, are looking for a quicker fix. There may be no silver bullet, strength coaches warn, but there is a blue can.